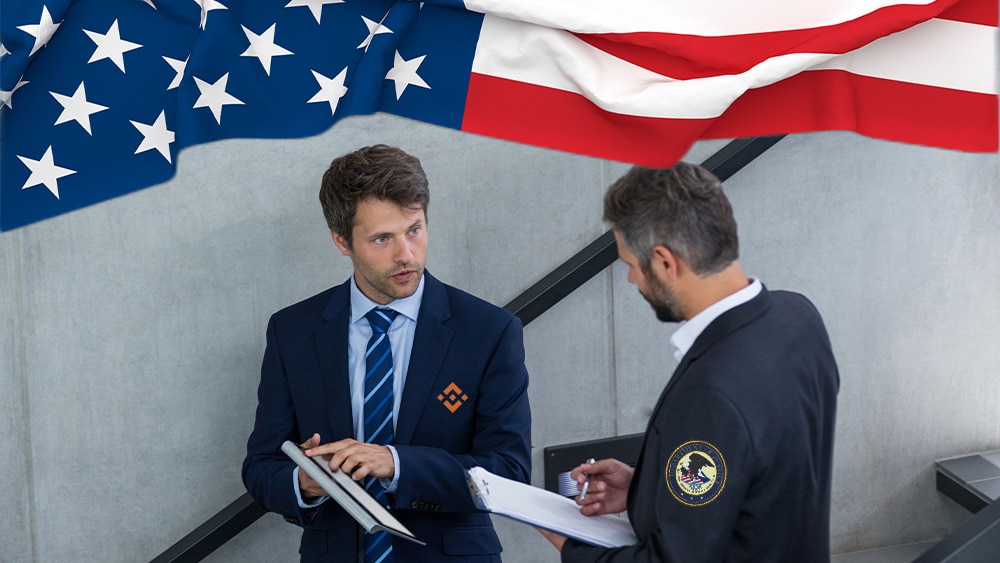 Department of Justice prohibits various agencies from signing thank you notes for Binance. They assure that Binance is under investigation in the United States.

The controversies surrounding the exchange of bitcoin and cryptocurrencies, Binance, do not stop. The company is now facing the United States Department of Justice.

The reason that relations between Binance and the US Justice have been strained is that the exchange has requested thank-you notes from federal agencies in exchange for collaborating with their investigations.

Binance’s requests have not sat well with the Department of Justice , so they have sent communications to bodies such as the Federal Bureau of Investigation, the Secret Service, the Internal Revenue Service and others, demanding that they stop signing the letters, according to reports the Bloomberg agency.

Among the reasons given by the Justice Department for making that decision is the fact that Binance is required by law to cooperate with the investigations. “Thank you notes should not be necessary to secure the company’s help,” says the aforementioned Department.

According to Bloomberg, Binance is under investigation in the United States for money laundering and tax crimes. In that case, sending thank you notes would possibly put the agencies in that country in an uncomfortable position to investigate a company that claims to collaborate with the authorities.

Last May, CriptoNoticias reported that the exchange collaborated with the US justice in money laundering investigations. At the time, Changpeng Zhao, CEO of the company, denied that the company was under any kind of scrutiny on US soil.

Binance said they have collaborated with regulators to combat cybercrime, all as part of the “ongoing effort to help make the industry a better place.”

Purpose of thank you notes
According to former US Securities and Exchange Commission official Ken Joseph, companies like Binance request letters of appreciation or cite their government assistance to avoid or reduce sanctions .

However, Joseph does not believe that these mechanisms will have an impact on investigations of any company.

Problems mounting for Binance
Binance has no problems only in the United States. Regulators from various parts of the world put obstacles to this exchange. This Thursday, July 15, CriptoNoticias reported that Italy restricted the exchange’s operations in its territory , specifically those involving derivatives of cryptocurrencies and tokens of shares of companies.

In this way, Italy joins countries such as the Cayman Islands, Thailand, the United Kingdom, Singapore, Japan and Malaysia that, to a greater or lesser extent, have restricted Binance operations in their respective territories.