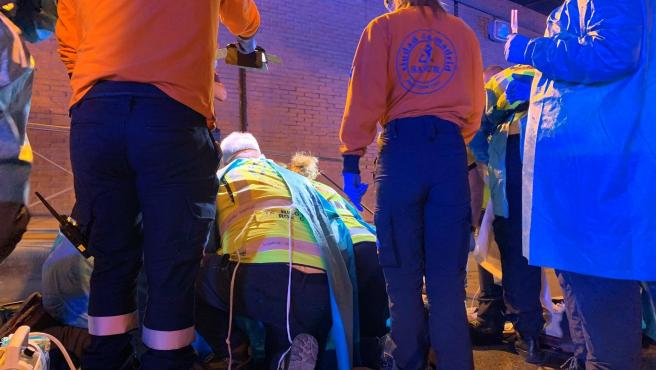 Authorities continue to investigate the deadly stabbing of an 18-year-old young man, Isaac López, last Wednesday night in a Madrid tunnel, which links the Retiro with the Arganzuela district.

So far there have been no arrests, and there are clues that raise more questions about the case . It has not been a robbery and the family believes that Isaac “was waiting for someone.”

“His asperger made him special”
Susana, a member of Isaac’s family (he is a partner of his sister), has told Madrid Directo , of Telemadrid , that Isaac was a happy boy. “Two weeks ago I was with him in the Amusement Park, laughing with him, he was a brilliant character, he was passionate about music.”

The woman has revealed that Isaac had Asperger syndrome, something “that made him special.” Despite his condition, “he was a very communicative boy, he expressed his emotions quite well,” he revealed.

In fact, Isaac composed rap and reggaeton songs and has several of them on Spotify , according to Susana, who has acted as a spokesperson for the family.

It has not been a revenge
The family rejects reports that the stabbing was the result of revenge for rivalry between Latino gangs , as has been published in some media.

“Isaac has nothing to do with any band, he had no problem with anyone,” Susana told the Madrid channel.

Possibly they were watching him
Isaac was stabbed in the tunnel between Retiro and Arganzuela, in the Pacific district, as he was going from his home to a friend’s on Wednesday night.

It is a very short distance , a circumstance that has caused strangeness in the family. “They are only five minutes walking,” Susana told Telemadrid. “Someone was waiting for him.”

The possibility that other boys were “watching” him also raises doubts in the family, since Isaac, they reiterate, “had no problems with anyone.”

It was not a robbery
According to sources consulted by Telemadrid, Isaac had all his belongings with him at the time he was found stabbed, so the hypothesis of a robbery is ruled out.

The first indications indicate that three people could have participated in the stabbing .